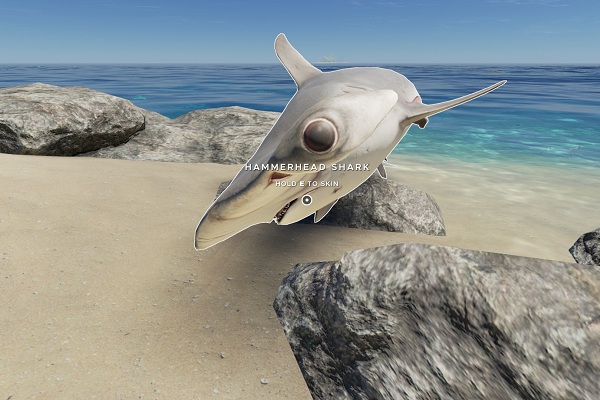 Stranded deep is obviously one of the most popular survival games in not just the states but the entire world. You definitely will encounter some deadly, wild and mild going creatures during the game – so we bring you the top 10 Stranded Deep Creatures available.

As a very popular survival game with story line drawn from plane crash survivors trying everything to survive, you are bound to encounter some very deadly creatures in the game. Your survival depends on how much you are able to scale through this creatures. Some creatures are however gentle and friendly while other are ready to tear you apart and perhaps poison you.

With that being said being said, we pick and place these creatures with their level of agility and wildness. Enough of the ado as we jump to the best stranded deep creatures to look out for.

Have you ever played the stranded deep game? or you’ve ever encountered the Boar while traversing the Island; then you should know why we placed it first here on our list. Boars are extremely agile and fast, making them very difficult to spear or shoot and almost impossible to melee.

Boars will always flee from the player and make unpredictable zigzag movements. Approaching Boars from a distance while they are foraging is an effecting hunting technique when using projectiles. Once a Boar is killed it will respawn after 7 days.

Coming second on our list today is the stranded deep Megalodon. This is one of the three stranded deep bosses found as a part of the mission “Megalodon”. It has the same amount of health as the Moray Eel, but has different abilities and a much deadlier attack. It is overall considered not too difficult, but when under prepared, it can easily be fatal. It is highly recommended to carry 2 stacks of Bandages as the Bleeding effect will come into play here. It used to give a Gyrocopter Part, but in the later updates it was changed to an Aircraft Part. It takes roughly 2 stacks of arrows to kill it if you use the speargun. 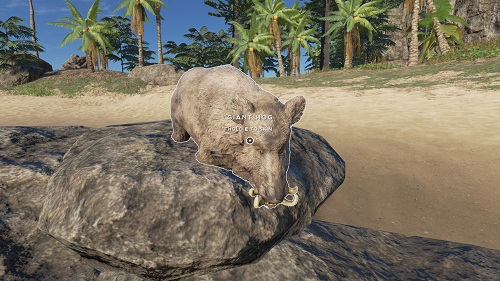 As it name implies ‘Giant Hog’ is truly giant by all standards. To further confirm this, Once a Giant Hog is killed it will respawn after 7 days.

Simply one of the most deadly here on out list. Night Snakes can mostly be found exploring or hiding within Island vegetation. Snakes are usually passive, attempting to always avoid or run away from you. If you become within the Snakes proximity it will hold its ground, rearing its head, making a warning rattle noise. Due to the snakes camouflage they can be extremely hard to spot, listening for the warning rattle is vital for survival. The biggest threat from Night Snakes is the Poison effect inflicted when bitten. The night snake has 2 Damage points
Poison Effect

Sea Snakes can be found swimming near Islands in relatively shallow water. Sea Snakes are passive, not going out of their way to attack you. But if you accidentally swim into one, you will contract Poison. Aren’t as aggressive as their land-living species, but they can ruin a player’s day just the same. Their bite won’t cause any damage, and they will never pursue the player directly.

How to Get Rid of Poisoning in Stranded Deep

How to Get Rawhide in Stranded Deep

This is How to Make a Fish Trap in Stranded Deep

This is How to Get water in Stranded Deep

How to Get Leather in Stranded Deep 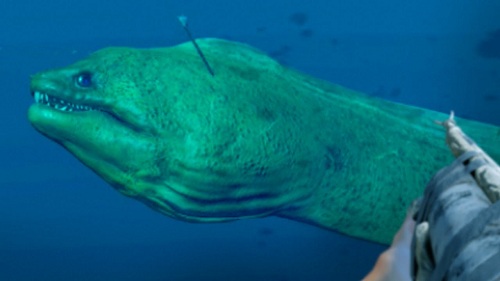 Eel makes the list taking the number 6th position. The most deadly? obviously not but when it comes to aggressiveness the give it Eel. The Eel are highly aggressive, even attempting to jump out of the water for a jump attack, pushing you into the water. This stranded deep Boss comes with a massive 200 Damage points – bleeding effect…plus 200Health points, meaning it make take quite some time before it is killed.

Also known as the ‘The Great White Shark’, this is a type of Shark encountered in Stranded Deep. They can be found anywhere in the ocean. Great white sharks can be distinguished from the Tiger Shark by the lack of a spotted pattern on the body, the darker coat on the dorsal side, and a white spread on the ventral portion of their bodies, along with their larger size.

The Great Shark have a notable sluggish movement speed but are rather aggressive. When spotting the player in a raft, they tend to wander around the raft and stay comfortably below the surface.One should exercise caution when facing great white sharks, as they become more and more aggressive the longer the player stays in the water.

Tiger Shark can be found living in shallow ocean biomes such as the Islands. Tiger sharks can be identified by their dull gray coloration, along with their distinctive stripes that run down the length of their body. Tiger Sharks are rather aggressive and will attack the player on sight. It will retreat if it gets hit with any weapon, thus making the Crude Spear very useful against it. These Sharks can commonly be found swimming in shallow Island waters. Tiger Sharks have also been rarely spotted in deep ocean waters.

Marlins are rare creatures found traversing the deep ocean. When idle, the marlin is docile and will swim aimlessly around the ocean. When detecting the player, they become aggressive and will attempt to flip the player’s raft over by forcefully ramming into them, knocking anyone on-board into the ocean. They are curious, circling targets for a short periods.

They are extremely fast and do not hang around long, making them a very hard catch. Considered one of the most fragile in the game latest series, Marlin make up for their short life with superb speed. Not the most deadly but very difficult to catch except with sophisticated tools.

Reef Sharks are found exploring shallow island waters in stranded deep game. These Sharks are found swimming in shallow Island waters, therefore they are either not rarely found in deep oceans like other sharks. The Reef Shark has 0 Damage points but can’t also be killed by players.

Surely there are some other deadly creatures in stranded deep that couldn’t make it to our top 10 list…here we list them out too.

These are non-hostile creatures that can be encountered swimming peacefully in the Deep Sea biomes. They tend to stick to the surface, and at times can be seen diving deeper. Their size can be seen as intimidating, however humpback whales are completely harmless to the player.

The player is capable of riding a whale through the water. Whales love to interact with you, performing flips, dives, and tails splashes for a brief period before swimming away. If a whale is on the surface, be wary, as it can easily flip or even take down your raft.

How to Get Rid of Poisoning in Stranded Deep

How to Get Rawhide in Stranded Deep

This is How to Make a Fish Trap in Stranded Deep

This is How to Get water in Stranded Deep

How to Get Leather in Stranded Deep