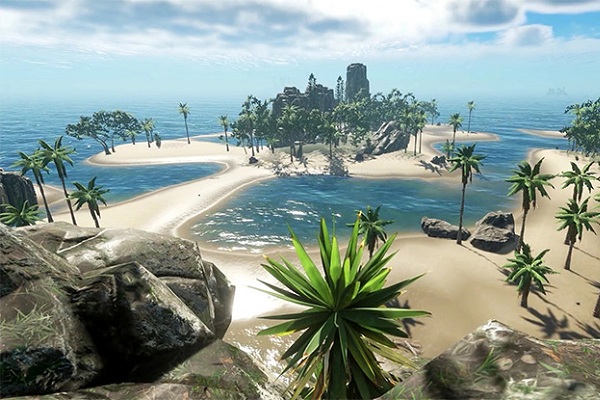 How Many Islands in Stranded Deep

Just to let you know, there are 25 stranded deep custom islands and on PC but the same cannot be told about Console at this time. When you first open the game on PC there is a feature called ‘Cartographer‘ that will pop up. This will show you the islands on your grid. It is a 5×5 grid and everyone has a different grid, that is how we came about the 25 Islands in total.  Basically, when you get near those islands on the grid, you have the option to fight the bosses. Not sure if the bosses are on the console release atm. Meanwhile, there are only two stranded deep island types which are ‘Large’ and ‘Small’.

You probably will be wondering what this means. Well, Stranded Deep Cartographer is the first thing that Pops Up when you open your stranded deep app. This is where all the islands are stocked and the Islands you see are the stranded deep starting island.

These Are the 20 Stranded Deep Best Island;

Looks more like a desert than an Island but it comes first on this list. Tainted is a dry looking area with little vegetation around. It is one of the default Islands upon launching Cartographer.

Little looks quite pretty with amazing vegetation and Skye blue water surrounding it. I’m pretty sure most of you out there would like to rock this amazing Island on a real but sadly it’s will never come to being.

I think Eastern is the most largest in terms of area. Eastern features wide banks with almost entirely white sand and no vegetation. Looks quite amazing with the blue sky falling from far end.

Whoever erected the wooden structure in Northern Island is what I don’t know. However, it looks like little structure in the Mexican beach for little shows and friends party.

Look around Western is not really as clear as most the Islands here on our list but that wouldn’t;t in any way take away its natural beauty. Almost like Northern with a structure in a cranelike form.

Just as its name goes, Endless seems to be endless with its wide banks. Just like Tainted, Endless features more of a dry environment than the usual greeny vegetation with coconut around the place.

Simply an Island on top of a rock. It is actually scary to look through the water as it seems quite wild when viewing from this other end.

Lower Island represents a place below the usual ground level – how possible we have an Island in that mold is still what I’m trying to imagine.

Raging appears in a dark blue atmosphere amazing building in the entire place. Really a jamming ground it is with amazingly designed stage and bars surrounding it.

The sun rays coming from the east blows directly in an open area Island and you would think this is a tropic region for sure.

Secret is just a mere name but there is actually nothing secret about the Secret Island. A bit browny with stones and wooden structure.

Forgotten doesn’t look like forgotten ion any way at all. Obviously one of the most beautiful in this list with awesome all-round design. The little tach building brings to mind the find decoration in several beautiful beaches around the world.

Narrative of an endless arena with no clear settlement. I feel it is just an imaginary space for stranded deep players to have a different look at aside the usual look.

No further questions on the choice of name as it is already shown in the environment appearance. Pretty dark with little lighting on the far end of the environment.

Ancient doesn’t look ancient at all. It looks and appearance reminds me of modern-day beaches in South America. Surely a nice avenue with a wide area.

Another awesome arena called Escape is what you will find in the Stranded Deep Cartographer default grid. Amazing and attractive looks is what the environment comes with.

Just as the name says. In my opinion, this is the real Island from the look of it. A bit of Sand lump with palm trees and rocks around it.

Crest looks like a temple of the wealthy ones in South America. A beautifully crested with a lump of hard rock in the middle part of it. Quite amazing to look at.

One of the finest on this list I must say. The Island grows a bit high with a conical shape and beautiful plant surrounding it.

Last but certainly not the least is Corner that looks like onshore drilling set up. The appearance looks a bit dark with little lighting from the uprising sun from the far end.