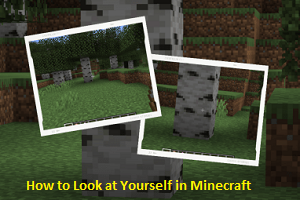 Want to know How to Look at Yourself in Minecraft? Well, one of the best PC games on the planet today is Minecraft. This creative PC game has a simple and monotonous design, yet it has gamers from all around the world indulging in it. You can tell this from the large following of Minecraft in different online communities like Facebook, Twitter, and Reddit.

This Minecraft guide is essential for gamers that want to learn how to see their game characters in third-person view. We are here to help you with this Minecraft knowledge that you seek. 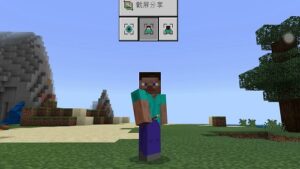 Other than changing the viewpoint of Minecraft, there are other things that can be done in the game. Some of which include; changing the appearance of some of the Minecraft mechanics, changing how the games work with mods and builds, etc. Our primary focus in this article is to review a simple guide on how to look at yourself in Minecraft. Without further mouthing, let us delve in.

The meaning of seeing oneself in the Minecraft game is to see the game character from the third-person view. Seeing yourself in Minecraft is all about seeing your near environment from the outside perspective.

Before we delve into this guide, let us understand the different character POVs (point of views). The way you tweak the view of the game camera depends on the game version and system that you are using to play.

The First-person point of view

This is the first POV in the Minecraft game, and it is considered by its developers as the default one. This POV allows Minecraft gamers to see their characters close up with a little personal feel. This view in Minecraft is sometimes limited, as you can’t see much from the narrow view of the first-person camera mode. 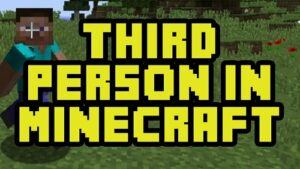 The second point of view- (the third person)

This is a viewpoint where Minecraft gamers can see the characters and some space that surrounds them. You can use a lot of skills with this viewpoint. For instance, a gamer can fend off a lot of enemies without being at risk of being surrounded. The only serious disadvantage of this point of view is that it is not very precise in attacks or mining missions.

The final viewpoint in the Minecraft game is the reverse third-person view. With this point of view, you can enjoy a solid view of the character from this angle. Gamers would only be able to see what is behind them, but cannot see what is in front of them. This would make travelling to be a bit difficult for Minecraft gamers.

Now that we understand all the three major character camera-point-of-views, let us delve into the major one. 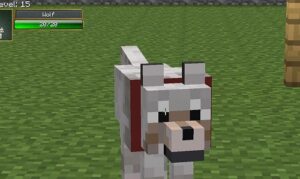 How to see yourself in Minecraft with the third-person view

To see yourself in the Minecraft game, you have to toggle twice with the F5 key to get the third-person view. The key to use for the toggling in your PC can depend on the version of the Minecraft game or the PC you are using.

In the Bedrock Edition of the Minecraft game, you can only change viewpoints in the settings of the game.

In the china Bedrock Edition of the game, you can change the camera to a third-person view in HUD. 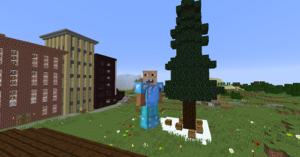 Learn How to Make Terracotta in Minecraft

This is How to Make Underwater Torches in Minecraft

How to Make Soul Torches in Minecraft With Recipes

Xbox One – also can be changed by holding down the LS

Windows 10 Edition of Minecraft– By simply pressing to F5 key to change cameras.

Wii U – By holding down the LS to change camera angles.

Nintendo Switch– By holding down the left Joycon stick

The Education Edition of Minecraft- By pressing the F5 key to toggle between viewpoints.

It is fun to enjoy different viewpoints to play within Minecraft. Truth is, it is not always about the best viewpoint to use, it is about how you use your preferred viewpoint to succeed in the game.