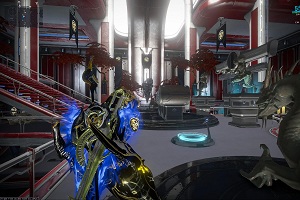 With the introduction of a Steel path in the latest Warframe update, gamers can now choose to enlist their clan’s aid when trying to start a challenge.

As a gamer, it is not easy to face the origin system as a solo player. You need to join a clan so that you would be able to team up with other players that would help you to destroy other warframe baddies. Did you know there are weapons that cannot be unlocked as a solo player? 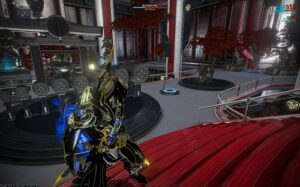 In a bid to create a clan or search for one to join, you would find out there are some terminologies that abound, some of them are; Ghost Clan, Storm clan, Moon Clan.

Other than sounding cool, these prefixes in clan terminology are used to tell gamers what the clan is meant for (Clans rank or tier).

Practical Guide on how to leave a Clan in Warframe

In the warframe game, if a player wants to leave a clan, they have to do it by going through the main menu. From the main menu, they would now have to scroll down and choose the “communication” menu that is in the list. The list here has just three options, which are; Friends,  Inbox and Clan.

The game would show a GUI that would prompt the game to confirm whether or not he wants to become a solo player. If this option is selected, gamers would be able to complete missions, events and tasks as a single player.

When players leave their clans in warframe, they stand on their own in warframe missions. Like I stated earlier, this approach has its pros and cons.

How to start a clan in Warframe

We have looked at a simple guide on how to leave a clan in the warframe game, now let us delve into how a gamer can start one.

A warframe gamer can start a clan by opening the main menu of the game and selecting the “communications” option. From there, the player would move on to select the “clan” option. After selecting this interface, you would see an option to “enter the name of Clan”. 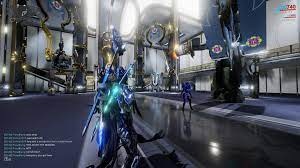 This is where you would key in a suitable name that you want your warframe clan to bear. After inputting the name, the next course of action would be to click on the “OK” button. If the name of the clan is available, you would have successfully your own clan in warframe. Next up, we would be learning how to join an already existing clan in warframe.

How to join a clan in Warframe

If a gamer wants to join a warframe clan that is already established, they have to, first of all, receive an invitation from the group.  You can use the recruiting channel that is available in the in-game chat functionality.

A lot of clan representatives go to in-game chats to look for new gamers there. Once you accept a clan invitation, you would be accepted as an official warframe clan member.

Beginner gamers can use the wisdom that they accrue from clan members and proceed to the early stages of the game.

This is How to Use a Heavy Weapon in WarFrame

Learn How to Get Khora in Warframe

What is a Clan Rank/Tier?

In the simplest explanation, a clan ranks or tiers is defined as the number of members that can be part of a clan at one time. In the warframe game, there are at least five clan tiers that a clan can occupy. The shadow tier, the ghost tier, storm tier, moon tier, and mountain tier.

Of all these clans, the ghost clan is the smallest of all. It’s a tiers with a maximum of only 10 gamers per time. For the shadow clans in warframe, they can hold up to 30 members. Storm clans can hold up to 100, 300 for mountain clans, and lastly, 1000 for moon clans.

Truth is, in warframe, the size of a clan does not matter.

How to I upgrade your Clans Rank/Tier

When you start your first clan in warframe, it would be a ghost clan with the carrying capacity of only ten Tenno.  If you want to expand the capacity of your ghost clan, you would need to build new barracks. 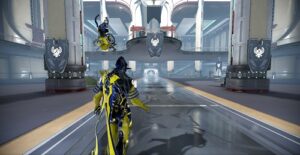 Every rank needs its corresponding barracks to be built. For instance, you need a shadow barracks for your to turn your ghost clan into a shadow clan.