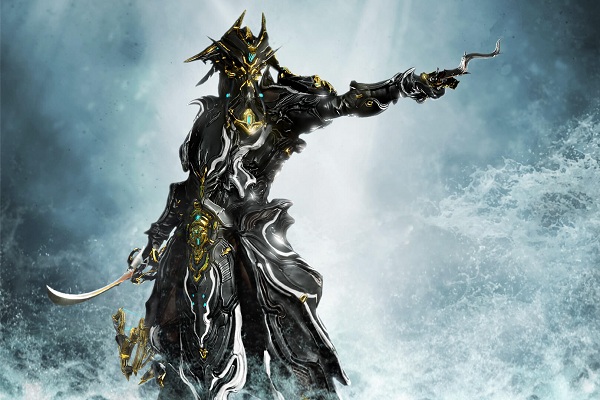 Here are the best prime Warframe for you at this time. We bring to you a collection of some of the Warframes you’d like to have a test.

Warframe is a free-to-play action role-playing third-person shooter multiplayer online game developed and published by Digital Extremes. Quite popular in the States and other parts of the world, and today we bring you the collection as requested by you.

Here are the 20 Best Prime Warframe Of All Time;

First on our list of best prime wireframe is Zephyr Prime that comes with a special passive ability where contact with an Orokin Void Death Orb will make them release an energy pulse that grants 250 Energy to all nearby allies. This effect can only occur once per Death Orb, more so, it can occur even if the Death Orb has been previously destroyed.

The heavy Grendel comes in next. Like you all know, lots of Warframes have speed and litheness but power, momentum, impact are not quite there, meanwhile, those attributes require mass. Grendel is known for Feasting on enemies like his own personal buffet, his hunger for more battle is primal. They call him Grendel, the devourer, the insatiable.

Simply my favorite. Haunting the spatial crossroads between dimensional doorways are the little we can tell you about Wisp. The ethereal enchantress Warframe prime Wisp summons strange apparitions from beyond the breach. Sever her soul to escape death, steal the sight from enemy eyes, and vaporize all before the blaze of our celestial light. Invisible in the air and swift on the ground, she moves amazingly like the wind. Her grace is only balanced by her destruction. Do not get lost in its wake, simply one of the best we can say.

Straight up next is Rhino. This heavy Warframe trades speed for power and is designed to fill the tank role in a cell, with the capability to charge into the fray, draw enemy fire, and bend the battlefield to his will through sheer brute force. Massively heavy armored Warframe with the strength and fortitude of his reckless, stampeding namesake to it.

Excalibur Prime is the epitome of mobility and offense. This Warframe features almost the same abilities as Excalibur but has unique mod polarities installed allowing for greater customization. Meanwhile, Excalibur Prime was only obtained by upgrading a Warframe account to Founders status of Hunter or greater, which is no longer available anymore.

Our pick and placement of this Warframe hear was absolutely a no-brainer. Mind control and psychic attacks make Nyx a very dangerous foe. Comes with an ability to reach into enemy consciousness and manipulate their behavior can turn the tide of the battle.

Next up is Frost Prime. This Warframe Armour has similar chilling abilities as Frost but provides unique mod polarities, allowing for greater customization it comes with. Frost Prime possesses a special passive ability where contact with an Orokin Void Death Orb will make them release an energy pulse that grants 250 Energy to all nearby allies.

Straight up at the ninth spot is the non-bulky Titania Prime. Titania is the Primed variant of TitaniaIcon272 Titania, possessing higher health, armor, and energy, as well as additional Naramon Pol and Madurai Pol polarities. Titania Prime was released alongside CorinthPrime Corinth Prime and PangolinPrime Pangolin Prime.

Oberon is a paladin among Warframes. Endowed with zealous offensive powers and sacred protective skills, he is a balanced fighter with assault and supportive capabilities. Oberon came to light in Update 11.5.

Zephyr soared became known in Update 12.0. Light-footed and graceful, the beautiful and deadly Zephyr is in her element while airborne. Zephyr comes with the power to bend air currents, she is an agile skyterror who delivers swift judgment from above. You definitely will have a good time riding this Warframe for sure.

How to Get Gauss in Warframe | Warframe Gauss Farm

The Hydroid first came to being in Update 13.0 and since then has turned peoples’ favorite. Wrathful and wayward as the seas he commands, the tidal plunderer Hydroid lurks beneath raging waves to plunge his foes into the abyssal depths. Unleashing salvos of cannon barrage and tentacled ocean horrors to rend foes asunder, Hydroid is reminiscent of the age of corsairs.

Many will argue on this that perhaps Mesa should have been placed in the top 10. However, Mesa wields both style and power to overcome her foes in a rapid shower of ballistic ordnance. Mesa drew her guns in Update 15.5. and has since stayed relevant till date.

Straight up is Limbo which demonstrates his art of dimensional travel that disrupts the space-time continuum, blurring the borders between realms and reality. Limbo arrived from the Rift Plane in Update 15.0. but how it became a lot popular among gaming addicts in the past years has been amazing.

Honestly, Ivara has been my favorite ever since I stumbled on it. Ivara came to being Update 18.0. Do not roam around the forest looking for a fight, Tenno. Ivara is always on guard. Ivara is equipped with a diverse selection of arrows, deft hands, shroud of stealth and an exalted bow, the crafty Ivara infiltrates hostile territory with deception and diversion, and eliminates threats with a shot from beyond.

Drawing from her shields like a battery, her defensive and offensive utility are unparalleled. This is Hildryn, the domina of armament. In the sky or on the ground, Hildryn fills her victims full of dread. Reinforced by her stalwart physique, the herculean cyborg, Hildryn, fortifies her allies’ defenses as enemy barricades crumble beneath her overwhelming might.

Across the system, every Telamon echoed that final hymn. Children, as far as Neptune, turned their heads from greasy broth and gazed toward Earth. Would that careening stone change… everything? Atlas kneeled down, head and hands pressed to the ground in apparent defeat as the Telamon’s hymn grew even louder.

Nidus is a deadly plague for which there is no cure. You must control the strange disease. Nidus is known for its adaptiveness and scourge. Nidus bends the vile corruption to his will, mutates his genetic potency to adapt and assimilates his victims with an insatiable parasitic hunger.

Slim, slick, speedy, steady, these are a few descriptions of Gara. Gara is known to be the unbreakable warrior, manipulator of glass, she fractures the resolve of her enemies. The shattered remains of her enemies are all that Gara leaves behind. Tread lightly, suitable for every player in the hood.

The amazing Excalibur Umbra Prime is the Founder exclusive Warframe for the Chinese build and serves as a stand-in for Excalibur PrimeIcon272 Excalibur Prime, which was only available in the Global build. It was released along with PrimeLiDagger Spira Prime and PrimeNikana Nikana Prime.

Baruuk came to enforcement in the 24.2 Update. Baruuk is virtuously guided by his noble discipline, the pacifistic monk Baruuk invokes sacred runes to evade conflict and bring blissful calm to endless strife. Reach beyond the brink of his patience, for foes to seek eternal rest within the storm unleashed.

How to Get Gauss in Warframe | Warframe Gauss Farm