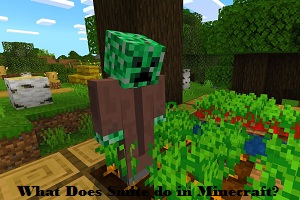 What is Smite in Minecraft 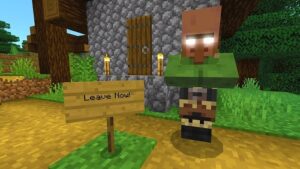 It is a powerful enchantment that Minecraft players use whenever they are faced with undead mobs in the overworld. The smite enchantment in Minecraft is a fun way to enhance the game. It is best for players that want to enter later game activities or become efficient.

What Does Smite do in Minecraft?

Smite is one of the simplest enchantments in the game and is used as a damage buff by experienced Minecraft players. It is basically used to increase the damage that is done to undead mobs in the Minecraft video game.

In the game, there are about 5 levels of the smite enchantment and can be applied to axes and sword weapons only. This is what majorly gives off a major damage boost to strikes made against undead mobs in the game. If a player should use a diamond sword to strike undead mob, the base damage would start at 8 on the bedrock edition.

With the first level of the smite enchantment (Smite I), the damage can go up to 10.5.  For a smite level of V, a lot of value is added to the sword, and there is a base damage of 20.5 to the undead.

What Does a Smithing Table do in Minecraft

To be able to use an enchantment, a player should have an enchanting table, bookshelves, and a lot of XP levels. 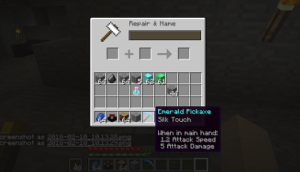 It is important to note that there are a large amount of mobs in Minecraft. This is why it is fairly difficult to be able to tell which Minecraft mob is undead. Here are lists of undead mobs that can be found in the Minecraft video game:

These are the classes of the undead mob that can be found in the Minecraft game.  Making a smite enchantment is a very valuable thing to do because there are lots of undead mobs lying in wait for you.

Then, the next step would be to make use of XP levels that were previously gotten in the Minecraft world in a bid to apply enchantments like smite to their supplies.

What Does Channeling do in Minecraft? Details Here

How to Use Smite in Minecraft

The smite enchantment can be applied to a sword or axe with the aid of an enchantment table. The other necessary ingredients that would make enchantment are; 2 diamonds, 4 blocks of obsidian, and a book. The higher the level of a player the better the enchantments that a player can get in the game. This is why it is recommended to also try out some low-level attachments early in the game.

This can be done by keeping a bookstore close to the enchanting table with a buffer area of one block. This would improve the chances of having a higher enchantment. To be able to reach a tangible delight, the player would need to build a complete bookshelf boundary.

Choose the Smite Option for the Sword or Axe:

The only smiting options that are available for a player have a level requirement that is equal to or below the current level of the Minecraft player.

How to Remove Smite in the Minecraft Video Game

If you are tired of using the smite enchantment on your sword in Minecraft, you can remove it easily. Be it the bane of arthropods, sharpness, or even smite itself, it can be removed from the sword of the player because a sword can carry only one enchantment at a time.