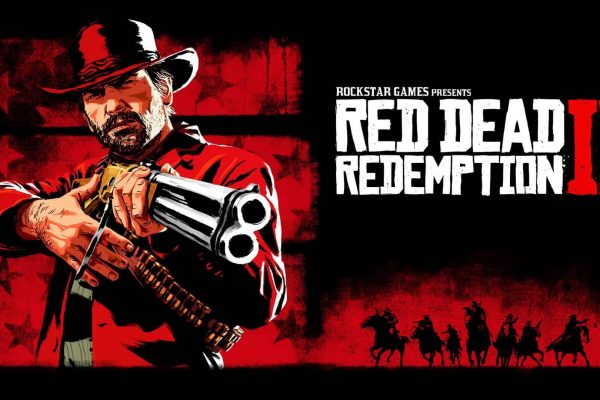 It’s hard to think about the best experiences in gaming today without considering Red Dead Redemption 2. We included the Rockstar title among our ‘Top 6 Video Games’ out right now, and it’s a rare game that garnered almost literally universal praise. Gamer ratings compiled at various platforms tend to be very near 100%, and IGN’s take on the game was that it is “one of the greatest games of the modern age.” You can’t do a lot better than that.

Naturally, a game with that good a reputation is one that thrives for a lot of reasons. It’s got a great, intricate plot; the action is fun without being too “in your face” or persistent; the world is beautifully rendered, and the characters within it are almost cinematic. All of these factors combine to make an incredible gaming experience. But what really helps to set Red Dead Redemption 2 apart is that all of the little touches and extra features are also handled extraordinarily well.

One of those extra features is in-game poker — not an original concept for a bigger AAA console game, but one that has arguably never been handled so well. Specifically, Red Dead Redemption 2 players can partake in Texas Hold’em-style poker games at any of a number of different locations throughout the sprawling game map. Hold’em can be played against the game’s AI or against other players in online multiplayer mode, and the winnings can be pocketed and used as in-game currency for other needs. It’s really a rich experience for what is essentially a glorified mini-game, and it’s an example of what makes Red Dead Redemption 2 nearly perfect.

Here is How to Win Poker in Red Dead Redemption 2

To help you get the most out of it, we’re suggesting a few tips for how to thrive on the game’s poker scene. Without much ado, let’s get to it.

Make Sure You Can Play

Unfortunately, your first step should be making sure you do in fact have access to Red Dead’s in-game poker. Per a report at GameRant, some players have found that they’re unable to participate in poker activity while playing the online version of the game, seemingly due to regional gambling restrictions. This makes little sense given that the games are played with in-game money, but so it goes. Before delving further into poker, you’ll need to make sure you aren’t restricted.

Provided you can play (and most can), don’t go in expecting too much of a walkthrough! If you’re up against AI you can play at your own pace, but you’ll still need a basic understanding of Hold’em rules. The general idea is that each player is dealt two cards, with three cards then laid out for universal use. That is to say, each player can use his or her cards plus the communal cards to form a five-card hand. Betting occurs once this initial round of cards is dealt, before a fourth and eventually fifth communal card is dealt. At that point there’s a final betting round before players either fold or show their cards.

Poker jargon is more extensive than you might imagine, and while not all of it is going to come up at Red Dead Redemption 2’s tables, it helps to know some. Poker.org’s list of poker terms is perhaps the most helpful, in that it’s fairly extensive without being completely exhaustive. From this list, you’ll learn terms like “no-limit,” “heads-up,” “check,” “call,” “big blind,” and more — all of which further your understanding of Hold’em and prepare you for the in-game action you’ll encounter in Read Dead Redemption 2.

How To Get a Cape in Minecraft

If you really want to get into the Red Dead Redemption 2 poker scene, you’ll also want to scout out locations in advance. And this part, we can more or less do for you! In this game, you’ll find active poker tables at Flatneck Station, Blackwater, Valentine, Tumbleweed, and Saint-Denis — a nice spread of locations within the game. Some of the tables, like those in Blackwater and Tumbleweed, require you to complete area challenges before you can play. But ultimately you can enjoy some poker at all of these destinations.

While poker in Red Dead Redemption 2 is largely just for fun and for trying to win money, you should also anticipate some of the challenges you can complete through the game. Achievements like winning a certain number of hands in a row, or getting a certain number of other players to “bust” (crash out of the game, basically), constitute specific in-game milestones you’re meant to pass.

Hopefully this will help you to thrive on the Red Dead Redemption 2 poker scene — and in doing so get even more out of a game that offers almost too much to keep track of.