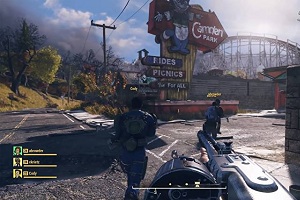 One of the ways to get wanted in Fallout 76 is by being a bad citizen. The moment you become wanted, what you will need to do is to get rid of the wanted level as fast as you can.  The reason for this is that you will instantly become a player that has a bounty on his head. But here, we will show you How to Get Rid of Wanted in Fallout 76.

Another way to get out of this is to pay the piper whenever you commit crimes in fallout 76.  There is no approach whatsoever for losing your wanted level and getting away with it. Once you are wanted, the status would stay on your head till you die. So this implies that the best way for a player not to become wanted is to avoid being wanted at all. 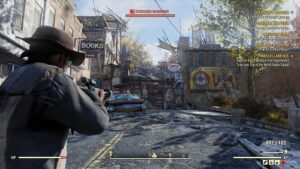 In the course of this article, we would be looking at some things that you would do that would make you want to play the Fallout 76 video game.

Here Are The Steps to Clear Wanted in Fallout 76

You shouldn’t do the following;

If you follow the above-stated guidelines, you should be able to stay clear from the trouble of being wanted. If you continue to do bad things in the game, there are high chances that you would land a bounty on your head. It is important to note that if you have a high wanted level in Fallout 76, you would get a high bounty and more people would be coming after you.

You will visually know that you are wanted in the game by an icon that appears in the bottom right of your screen. the more bad things that you do the more the number will rise. the moment they find you they would get rid of you quickly.

More on Removing the Wanted Status

Like I stated earlier,  removing a Bounty in Fallout 76 is a bit harder than you can imagine. In the Fallout 76 game, there is no central authority that you can pay a fine and stop being wanted. Also if you indulge in switching servers as a way of removing the Wanted status, you are in no luck. What this means is that the only way to remove the Wanted status is by Dying.

The moment another player claims a bounty that is all your head it will disappear. This means that if you are busy murdering people in cold blood in Fallout 76, endeavor to make sure that you bring any junk that you will miss.

If you have ever chosen to respawn someplace else then there will be a cost, this cost depends on the distance. If a player respawns after dying in Fallout 76 they can decide to seek revenge for double rewards.

There are many ways to get away from another player if you don’t want to seek revenge for an activity performed on you. It is important to note that wanted murderers in Fallout 76 appear on the map of everyone else as a red star. What this means is that everybody that is playing, knows the rough location of a player that is wanted. The interesting part is that the players that I wanted cannot see other players that are on the map.

What would happen to you If you died in Fallout 76?

The only thing that players lose after death is a few pieces of junk and scrap. Because most of the time players respawn a short distance from the place where they died, it is possible for the player to fight back at the point of death and still pick up the paper bag.  This is the only downside of dying in Fallout 76 as there are no real values that are lost.

It is just an inconvenient way to walk back and collect your junk. It is important to note that the paper bag that is dropped on the point of death is a server-based item.  what this means is that other players can come to the same location and loot the paper bag and take the contents.