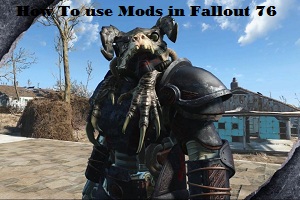 So, we will be covering How To use Mods in Fallout 76 in this article. Since the release of Fallout 76, a lot of gamers are partying and scavenging their way through the wasteland of West Virginia. In the game, there are hazards such as; robots, fabled creatures, ghouls, and other players. In light of these, you would be needing the best guns if you want to survive the wastelands of West Virginia.

Having a good gun would help you to survive the journey, you would still need to be able to take your weapon to the next level. The best way to upgrade your weapon in fallout 76, is to mod it.

What Modding does in Fallout 76 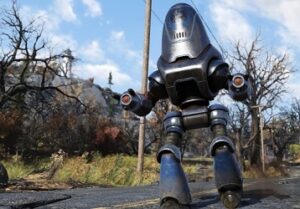 At the basic level of Fallout 76, moding is just used for weapons. Moding simply means changing the look and performance of a weapon. With a mod, you can enhance the shooting speed of a weapon, or make it to be more accurate. Simply put when you mod a weapon, you are making a big change.

Here is How to Get and Use Mods in fallout 76

There are two major ways that a player can use to get mods in fallout 76, and both approaches are easy. The first approach is to obtain one that requires you to do something over and over trying to scrap weapons. Whenever you scrap a weapon at any workbench in fallout 76, you would get an option to optimize or mod. With the mod option, you can go on and upgrade your weapon.

The second approach to use mods in fallout 76 is to be on the lookout for larger-than-a-shoe-box-sized boxes. These are brown and wooden mods that are scattered throughout West Virginia and within too.

How to use Mods to Repair and Upgrade Weapons

To be able to upgrade and repair a weapon with mod, you need to first find a workbench. You can press Y or triangle when you are at a workbench. Then a menu would pop up about modifying or repairing a weapon.

To be able to repair a weapon, just press triangle, or Y, then you would get an option for the weapon if you have the materials. For weapon upgrade or modifying, you would need to press X or A on the modification category. Then, go to the list of modifications and upgrades for the particular element in your gun that you want to improve. Press X and A when you are done.

Learn How to Server Hop Fallout 76

How to farm Weapon Mods in Fallout 76

You would need to get the best mods and build better weapons: this is where farming comes in. All you need to do to farm weapons in fallout 76 is very simple, all you need is to reset the mobs.

To be able to farm mods, you would need to locate a place in the game where your enemies carry the weapon that you wish to farm for weapon mods.

The mods are totally random, so just kill your enemies, take their weapons and scrap the guns to the mod recipes.

After eliminating enemies in a particular area, just log out and log back in to reset the enemy mod. To be more effective, you can also switch servers.

There are also some cool areas to use to start your moding journey. The swamp that is southeast of Flatwoods is a good head-start. It is packed with super mutants that are carrying Hunter Rifles. The Bolton greens is another area that has enemies with pipe guns and the black water is a good spot to farm Pump-action.

Can a Player get Banned for using mods in fallout 76?

The developers of the game have banned gamers from using mods to improve game assets. Most players have received emails that they violated the terms of the condition by “cheating.”

According to a post by the Bethesda group, they are currently on the lookout for cheats and are banning them so far.

What does the legendary Module do in fallout 76

This is a module that was added on the 20th of august and is a new crafting component that is used for crafting vault 94 armors. They are only available for purchase from the Purveyor.

Can you take Mods off weapons in Fallout 76?

Yes, you can do so if you want to mod the standard tier into the gun. It will remove the better mod and put it into your mod inventory. You can then go to your superweapon and place the mod on it without the need to craft it.