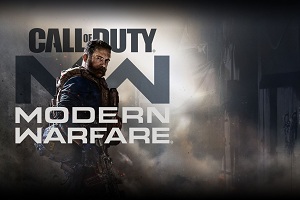 Did you know that the warfare game takes up at least 175GB in size? In the course of this article, we would be looking at why is modern warfare so big. For over three years, the warfare game has been out and one might wonder how to deal with the issue of the game’s size.

For your PC to be able to run the Modern Warfare game it needs to have at least 175GB of space on your system. The game developers known as Infinity Ward have worked hard to reduce the size of the game, but despite their best efforts, they keep pushing the game size higher and higher.

A lot of gamers have been wondering why the game takes up a significant chunk of their drive. So, why is modern warfare so big?

One of the major issues that game developers have been having with the game, is its size. In February 2020, one of the game producers from Infinity Ward took to Twitter to apologize about the size of the game updates. All they ended up doing was dropping assets so that they could reduce the overall size of the game.

In March 2021, the game developers gave it another shot and tried to reduce the game by 30.6GB. All the same, they brought the size back to 175GB and suggested that the game needed more mandatory updates.

Infinity ward, who are the official producers of the game has not officially said anything about why the game is so large. But to cut the long story short, there is a theory that the large size of the game is due to the presence of so many assets.

There are other theories like “holding cosmetics from the store along with uncompressed textures for maps”, which makes the game have such a large file size. One final rant is about how Infinity ward did not do enough to compress the game well enough.

All the same, there are some hacks that can be employed to reduce the size of the Modern warfare game. You can go on ahead to reduce the game size without losing warzone or you can remove some parts of the game that you no longer play in that mode.

Gamers have not turned to their hacks since it’s obvious that infinity won’t do anything to reduce the game further.,

What are the Parts of Modern Warfare that can be Uninstalled to reduce its Size?

A new feature known as texture streaming has been added to the Modern warfare game. This feature helps games to reduce the size of the game to at least 25GB.

With Warzone being the major front for the Call of Duty Franchise, there is a good chance that gamers would need room to battle bother with the latest CoD title and a Royale shooter.

Rather than having treasure packs installed in the game, high-resolution textures would now be streamed to the Cache of the PC. If you stream the game textures instead of installing them, you would reduce the size of the game.

If the graphics of the modern warfare game are set to high resolution, players who use medium and low settings would not be affected.

Also, if a warfare player does not have texture streaming enabled, they can turn it off in the options menu. But if you are using a PC with high graphics you would also see.

Learn How to Use a Heavy Weapon in WarFrame

It is important to note that Texture streaming is not supported on consoles. That is why console players were given new texture packs. These packs are designed to have the same results as does texture streaming, and removing unnecessary textures to reduce file size. 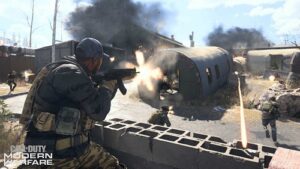 Xbox One and Ps4 users will not get the prompt, so that means that they would need to download from the game install menu.

You can also find these texture packs in the new generation of consoles such as the PS5 and Xbox X series. After launching the game, you would get a high-resolution texture pack on the first login. These packs help gamers to boost the performance of the Modern warfare game, and it helps to reduce the space that they take in different platforms.