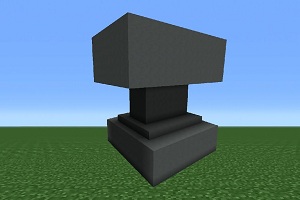 If you are looking for a how-to guide on How to Use An Anvil In Minecraft we have got you covered. One of the best tools that a minecraft gamer can have is an anvil. It is basically used to rename, repair, and combine enchanted items. In the Minecraft game, an anvil is similar to the grindstone equipment, except that items that are used on the anvil will keep their enchantments.

The anvil has some cons, such as sometimes damaging any tool that it is used on, and can be damaged itself. It is important to note that in a Minecraft game, it is not possible to repair the anvil tool. If an anvil falls it can be damaged, so try not to mess around with these tools. If there is an air block below an anvil tool, it would turn to a falling anvil and can damage any player or mob that it falls into. This tool in Minecraft acts similarly to gravel, gravel, concrete, dragon eggs, and falling sand. You can mine and craft an anvil easily in Minecraft.

What is an anvil used for in Minecraft?

A Minecraft Player can make use of an anvil when trying to name an item. They can also name a mob by using a name tag on them. Another interesting thing that Minecraft players can do is to rename armor, weapons, and other items.

What is the Recipe for Making an anvil in Minecraft 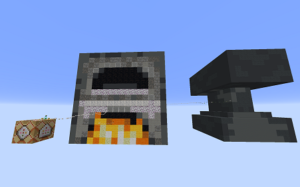 Minecraft Anvil: How To Repair Items

It is important to note that repairing items in the Minecraft game costs experience and materials. In a bid to repair a damaged item, the same material that the damaged item is made of is used. For instance, if you want to repair a pickaxe, you would need to make use of iron in the process.

Anvil has a load of benefits in the Minecraft game. One of the most important of them is that you sacrifice an item to repair a damaged item; all the enchantments would be transferred from the sacrificed item.

This can be used to produce enchantment combos that can be made out of an enchantment table.  If you want to transfer higher-level enchantments, it would usually cost the player more.

Minecraft Anvil: How To Rename Items

It is time to learn how to use an anvil in Minecraft to rename an item. It is important to note that this step only costs one level. Most chests and equipment in Minecraft can be renamed with the aid of an anvil. The maximum number of characters that an item can be renamed with an anvil is 35 characters. It is important to note that most of these items have special effects after they are renamed.

Using a falling Anvil in Minecraft

Like I stated earlier, anvils can be used as a weapon. They produce a metallic ring when they land on something and give off a maximum of 40 damage. If the character of a player gets killed by a falling anvil, the player would get a special message in the chat log. A player can even go as far as making an anvil-based device on Minecraft farm to instantly kill any mobs that are around. Being able to kill mobs easily with an anvil can save a player a lot of fuss. All that needs to be done is to create a tall chamber and drop all the mob-spawning eggs that you need in the bottom then put in the anvil afterwards.

How to Repair Anvil in Minecraft?

Anvils cannot be repaired on their own. Making use of your own anvil can cause it to degrade. So, refrain from using an anvil unless there is need for that. This implies that you would need to make a new anvil if the old one should break. To make use of an anvil to repair an item, simply put the item on the left-most slot and another item on the right slot.

If you are trying to repair a pickaxe, you can place another iron pickaxe to repair it. You can use the same type of material in an item and anvil to make a repair.