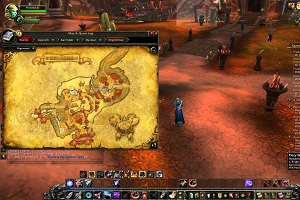 Here is our guide on how to get to outland in wow. World of Warcraft is a constantly growing gaming community as it is one of the most popular MMORPG games in the globe today.  Whether you are a horde or an alliance, there is a lot of game content to binge on. The game is built in a way that engages its players from start to finish. To be able to go through azeroth, some players might need a bit of navigational help. By the way, it is a big world out there. If you need any help whatsoever to be able to get to the outlands from orgrimmar in World of warcraft, this guide has you covered. Without further mouthing, let us delve in.

Where and What are the Outlands? 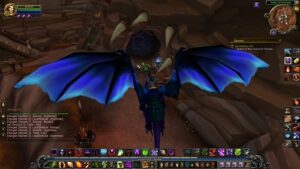 The outlands in the world of warcraft game can be seen as the remnants of the destroyed world of Draenor. Draenor is a place according to the game plot that is home to orcs and the refugees of Draenei. The Outlands in the game is in a state of degradation and is also the abode of the pit lord: Magtheridon. Magtheridon was later disposed of and replaced by Illidan Stormrage until he died at the Black temple based on the game plot of WoW. Any player can access outlands from the portals in orgrimmar or the ones in Azeroth.

Here is How to Get to the Outlands from Orgrimmar 2021

If you are a gamer and you are playing Horde and would like to reach outland from orgrimmar, here are the two ways to do so.

It is important to note that the closest flight path to the dark portal for Horde in the game is Stonard in the Swamp of Sorrows. To be able to reach that place, you would need to travel to eastern kingdoms from Durotar or with the help of a Mage portal. There is a Zepplin tower that is located just outside the gates of Orgrimmar and it is towards the eastern location. This tower is likely to lead the player to Stranglethorn Vale. Another sure-fire way to reach Stranglethorn vale is through a goblin ship from Rachet.

The moment the player makes it to the Eastern Kingdoms,  they would need to find their way to the Blasted Lands, which is at the south-easternmost tip of the continent.

As a Horde player in WoW, another way to get to the outland all the way from orgrimmar is to take a portal from the pathfinder’s den. There is a particular portal room that is at the southern entrance to orgrimmar. Here are some simple guides to the shattrath portal:

If a World of Warcraft player wants to go straight to Hellfire Peninsula instead of outlands, they can talk to the Mage that is standing next to the portal. They would give the gamer an option to use the Dark Portal instead of going to shattrath.

How to Start Burning Crusade in WOW

This is How to Unlock Zandalari Trolls Fast

Because these places in the outlands are meant for evil deeds, they are filled with evil mobs. It is important to note that most of these mobs ignore low-level players of level 85.

It is in the best interest of low-level players to go for places like Kalimdor or the Eastern Kingdoms, instead of trying to find a spot in Outland.

This is an evil place in the outland that is hidden from the northeastern corner of Blade’s Edge which is also referred to as Vim’gol’s Circle. This is a spot that has hidden power and is the home of the ogre Vim’gol the Vile.

Vim’gol is known to have trained some monstrous gronn that still walk the paths of Blade’s Edge. It is important to note that his grimoire is needed for a quest. This is why it is commonplace to see a random leveling player that is looking forward to summoning and killing Vim’gol. If not, these monsters should be able to perform their dark rituals without any interruption.

Also worth noting is the fact that this evil location is located at coordinates 78,29 in Blade’s Edge. It is put into a corner that is off the road from the Blade’s Edge into Netherstorm.

This place features a dark and fiery ritual circle and an altar, plus is home to Vim’gol the Vile. According to the game plot, this location is a place of power for any sinister activities. So as a player, you need to be careful if you are role-playing there.