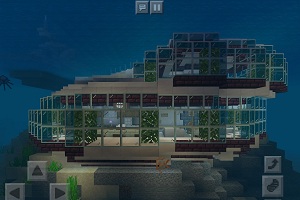 If you are a Minecraft player and you have always wanted to live under the sea, here is your chance. The developers of the Minecraft game made so many water biomes available for players to use to produce an underwater house. And, here we will guide you on How to Make an Underwater House in Minecraft.

Although it is to morph in the habitat like a dolphin, you can be assured of some peace quiet of the ocean, and be far from the nighttime zombie sieges that take place on land. Before we delve into learning how to build an underwater base, here are some things to keep to heart. 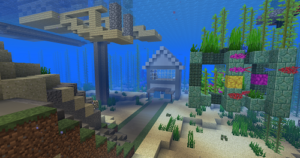 With all these challenges, it can be quite tricky to build an underwater base. All the same, it can be done, with the help of the necessary equipment. These important gear are simply the things that your character uses to survive construction, breathe for a long time and displace water from a particular area.

These Are Steps to Make an Underwater House in Minecraft

Step 1: Go underwater and start building the exterior of your structure.

Construct all the floors, walls, and ceilings.

Step 2: Keep building until all the walls and ceilings are finished.

Make sure that no more water can enter your structure. If you miss a spot, don’t worry — the problem will go away if you just patch up the part that’s leaking.

It’s probably full of water right now. Remember that water can’t pass through doors, fence gates, and the like — you can build a gateway right out into the ocean, if you want.

Step 4: Place a furnace in your building.

You can ignore this step if you have a lot of dry sponges.

Step 5: Put sponges next to the water source blocks.

This step soaks up the water and converts your sponges into wet sponges.

Step 6: If water remains, put your wet sponges into the furnace.

By cooking wet sponges, you can dry them out so that they’re ready to use again.

Step 7: Continue soaking up the water until it’s all cleared out.

Destroy all the sponges, then continue designing the interior of your structure.

Tips For Building An Underwater House in Minecraft 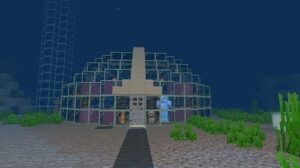 An underwater base is a safe place because most mobs in the game cannot get there. You can remotely be hidden away while you are playing on a multiplayer server.

Just like every other home in Minecraft, gamers can have a lot of different ideas about the best spot and which isn’t. when trying to choose a spot for an underwater base. It is best to opt for a spot that is close to the land when you want to pick an underwater base. This would make building the base easier.

Get Rid Of Water

In a real-world scenario, sponges are used to remove water. In other to get a sponge in the Minecraft game, you need to complete an ocean monument. You can also kill some Elder guardians to get a sponge drop in the game.

Before you get your hands on equipment that is enchanted, you need to brew a simple potion of water breathing. This would make the process of trying to build an underwater base easier.

The player would need a brewing stand which would be used to make the potion. In Minecraft you can go on to add redstone that would make the potion to last for at least eight minutes.

Nether wart is something that is found in the nether fortress. The blazes in the game do a little bit of gardening in the Nether fortress where they manage the patches of Nether warts.

Get some Lights To Use Underwater

It is important for a player in Minecraft to know that torches don’t work underwater. The simple reason is that they are made out of fire. This is where soul lanterns come into the picture. They are best suitable for seeing while underwater. Another alternative to soul lanterns are sea pickles.

Other than sea pickles and soul lanterns, a player can also make use of Glowstone to have a natural feel of lighting underwater. Also with handy doors, signs, and ladders, a player can make underwater pockets that can be used to place a touch inside it. This is good for the early game in Minecraft before you can move on to access other forms of lighting in your underwater base.

How to Breathe Underwater in Minecraft

First off, you need to be able to fix the issue of making your character to stay underwater for an extended period of time and effectively build. On this note, you can make use of an enchanting table to be able to exploit some cool underwater breathing abilities.

Here are some enchantments that can be used in Minecraft to survive underwater.