Early Fortnite players would vividly remember that in the first season, there was a limited number of skins in the game. Therefore over time, the skins grew and now, there is countless number of skins in the Fortnite game. Most of these Fortnite skins contain superheroes from the Marvel and DC universe. In the course of this article, we would be looking at a list of Fortnite Superhero Skins that are available in the Fortnite game – while also looking at Fortnite superhero skins cost in the game store. 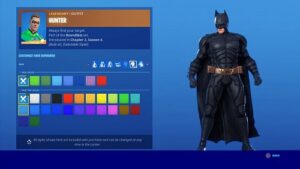 The Batman skin is one of the most popular Fortnite skins there is. Whenever the sun goes down on the Fortnite map, there is only one superhero that is brave enough to ensure that there is Justice throughout that man. Why most of the superheroes with their skins go on expeditions in nighttime, not so many of them have the bravery and training to walk the Night like Batman.

It is important to note that in the Fortnite game there are two Batman skins that are available. One of the Skins reaches his costume from the Dark Knight movie and the other one is from the classic comic book suit.  Also, the Batman Fortnite skin was introduced into the game during chapter one, season 10.  Also, there have been multiple additions to the Batman skin line since then. 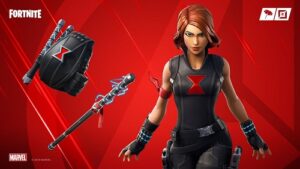 This can be considered to be one of the best female Fortnite skins in the game. With this skin, you might be able to make it to the final circles by mastering the art of stealth. There is no better Fortnite skin that can do this in the entire Marvel Universe.

The black widow my skin was updated in the year 2019 during Chapter 1 season 8 for an in-game currency of 1500 V-bucks.  This character came back to the in-game shop four times after it was initially released.

While the Marvel Universe was pouring into the Fortnite game slowly, everything turned south when epic games started to make more collaboration deals with Marvel Universe. It is important to note that captain America which is the first avenger was introduced into the fortnight game in the second chapter of the third season.

His introduction was used to celebrate the 4th of July in 2020. This Fortnite skin is one of the most frequent visitors of the in-game shop out of all the other Marvel Superheroes. A player would need about 2,000 V-bucks to add the Legendary Captain America Fortnite skin to his collection.

This Fortnite superhero skins name is Ghost Rider and you are about to find out why. There are some skins in the Fortnite game that features the unmasked versions of most superheroes. Well, the ghost rider skin is not one of such Fortnite skins. This special Fortnite skin does not share that trait. This means that players can use the skin to play as a Nicolas cage look alike. It can be used to play as a lookalike of other superheroes.

This special Fortnite skin comes with a totally unique bundle that features the glider, his bike, and some other intriguing cosmetics. This Fortnite superhero skin cost in the in-game store is 2600 V-bucks.

Did you know that the Fortnite map has a lot of cool spots for planning sweet vacations? A lot of superheroes in the Fortnite game get bored at some time. This is why Epic games added an interesting villain from the comic book universe known as Harley Quinn.

At the price of 2000 V-bucks, a player can get this cool skin from the in-game store. As a side note, the popular Harley Quinn Fortnite skin was introduced in the game in the year 2020.

All Fortnite superhero skins come with something special. This skin is for a player that wants to carve up their own path as a hero in the Fortnite video game. This skin gives the player the advantage of having a visually distinctive look from other Fortnite players in the game. The Joltara is a super customizable hero skin and is not like other skins that have a real-life superhero.

A player can get the Joltara Fortnite skin in the in-game shop at a value of 1500 V-bucks. Anyone that can play Fortnite can invariably create a tailored suit that fits their game-look specification.

It is important to note that the polarity Fortnite skin was added to the game in chapter two, season four. At least for a player to own this unique skin, they would need at least 1800 V-bucks as this Fortnite superhero skin’s price is what we mentioned earlier.