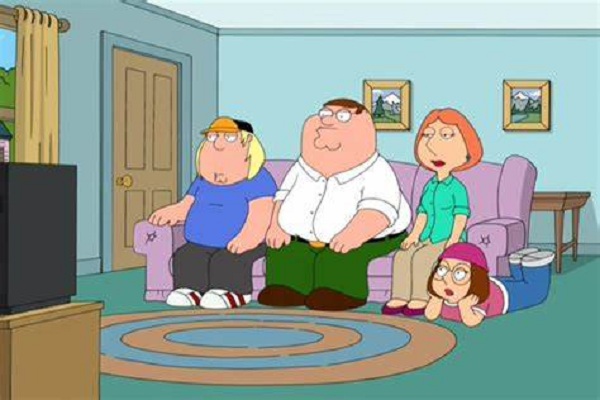 So, today we carefully selected the Best Family Guy Episodes of All Time to Watch for you. These are picked by top animation researchers with the help of feedback from core animation followers.

Family Guy is an animated sitcom television series created by Seth MacFarlane for the Fox. This series has been around for over a score of years and has over 300 weirdly humorous episodes. The storyline depicts a family of five exhibiting the American way of life in a ridiculous and uncaring but jokingly manner.

Family guy is a success with its popularity ranging from college students to older people. But even with this, there are amazingly outstanding episodes from this series, and below is a list of the 20 best Family Guy episodes to watch.

Here Are The 20 Best Family Guy Episodes For You To Watch;

1. Road to the Multiverse

The best episode of all Family Guy series came in season 8 with its first episode “Road to the Multiverse.” Stewie and Brian use a remote control to travel through different universes which includes a Disney planet, a world where Japan won World War II and even a live-action version. This episode probably does not have the best plot, but with each new world, it just got different graphics and more entertaining. The episode even won an Emmy for Individual Achievement in Animation. “Road to the Multiverse” was released on September 27, 2009. Road to the Multiverse remains one of the best family guy episodes.

2. Back to the Pilot

This episode received positive reviews from critics for its interesting storyline and many cultural references. Stewie and Brian used a time travel machine to go back in time to the first episode, the pilot, altering the future including the 9/11 event thereby causing a second civil war. It ends with them going back in the past to correct their mistakes. It was reportedly viewed by over 6 million people in its original airing, according to Nielsen ratings. “Back to the Pilot” is the fifth episode of season 10 was released on November 13, 2011.

Family Guy has always been extreme at their jokes, and this particular episode is absurdly targeted at their poor relationship with the censors. This episode was probably their way of letting-out their perspective towards the agencies who get in their way. The episode shows Peter’s own TV network, the PTV, saw the FCC shut him down too due to extreme contents, and the whole process of setting things right again. “PTV” is the fourth episode of season 4 and was released on November 6, 2005.

The episode’s title “Petarded” is coined from “Peter” and “Retarded”. “Petarded” gained a rating of 4.4 on Nielsen, making it the week’s 42nd most-watched program. Peter wins a Trivial Pursuit and then believes he is smarter than everyone else. He then takes the MacArthur Fellows Program test to prove he is a genius but fails. This leads to his depression and him losing custody of Meg, Chris, and Stewie. “Petarded” is the sixth episode of season 4 and was released on June 19, 2005.

It’s funny, but “Yug Ylimaf” is actually the series title, “Family Guy” spelled backward, and that is the basic plot of this season 11 episode. Brian intends to score dates by using Stewie’s time machine to travel back through spectacular events. This eventually gets out of hand and Brian tries to cover previous tracks leading to a reverse of time.

Death pays a visit to the Griffins, and everyone becomes immortal after Death injures himself while chasing Peter. Also in the episode, Lois thinks Peter has cancer, prompting Peter to see a doctor. Before his medical test results came in, Peter thought he was dying, setting up a yard sale for life insurance, and even trying to buy himself a casket. But as soon as he found out he wasn’t dying, Peter fakes his death on an insurance form to avoid paying a huge medical bill. “Death Is a Bitch” is the sixth episode of season 2 and was released on March 21, 2000.

Blue Harvest features Family Guy characters playing Star Wars icons, for example, Peter as Han, Chris as Luke, and even Ernie the Chicken as Boba Fett. Blue Harvest is a superb parody of Star Wars was created in honor of the 30th anniversary of the fictional space films. Blue Harvest is the most interesting of all 3 parodies of Star Wars. “Blue Harvest” is the first episode in Season 6 of Family Guy and was released on September 23, 2007.

This is a dated but precious episode of the Family Guy. It airs one of the weirdest and confusing episodes at a crucial time. The writers cleverly depicted the extremity of Y2K and the world becoming destroyed after a series of devastating events. “Da Boom” is the third episode of season 2 and was released on December 26, 1999.

Lois searches for a piano student who can beat her rival at the piano competition. Meanwhile, Peter has been attempting to find a hidden silver scroll to win a tour of the brewery. The tour ends badly for Peter, he later became Lois piano student and went on to win the piano competition. This episode is the first time that Chris Griffin did not utter a single word in a whole episode. “Wasted Talent” is the twentieth episode of season 2 and was released on July 25, 2000.

Season 2 has by far hosted a good number weird stories including this one. Peter finds out his property is not part of the United States and declares his house to be the new independent micronation of “Petoria”. He was humiliated while representing his nation at the United Nations headquarters.  Peter eventually cedes Petoria back to the U.S. after having troubles while. “E. Peterbus Unum” is the eighteenth episode of season 2 and was released on July 12, 2000.

“Three Kings” has an unusually different storyline from a typical Family Guy format. It is not a total break-away because it still contains controversial materials such as sexual references, violence and a dig at organizations but it is also packed with three intelligently crafted parodies which makes this episode super-amazing. “Three Kings” is the fifteenth episode of season 7 and was released on May 10, 2009.

The Drunken Clam is sold after a hurricane hits Quahog. Nigel Pinchley, the new owner, turns it into a British Pub. Angry at the loss of their favorite bar, Peter, Quagmire, Cleveland, and Joe start harassing its staffs and customers. However, the pub got burnt down and they all went from one trouble to another. “One If by Clam, Two If by Sea” is the fourth episode of season 3 and was released on June 26, 2006. Unarguably one of the Best Family Guy Episodes you’d love to watch.

In this episode, Peter was fired from his workplace after the company received a bad publication for releasing unsafe toys. He tries different other jobs but fails. Peter soon applies for government assistance at a welfare office and gets a weekly check of $150,000 due to a processing error. He squanders this money, gets caught and was jailed in this entertaining series premiere. “Death Has a Shadow” is the overall first episode of the “Family Guy” series and was released on January 31, 1999.

“Family Gay” attracted different reviews from television sources and critics. “Family Gay” was nominated in the “Outstanding Comedy Series” category for the 2009 61st Primetime Emmy Awards. Here, Peter undergoes an experiment and turns gay. His family tries everything to make him normal again only to find out the effects of the experiment are temporary. “Family Gay” is the eight-episode of season 7 and was released on March 8, 2009.

15. And Then There Were Fewer

The season 9 premiere is about an hour-long and it features the Griffins, along with numerous other Quahog residents, trapped in Wood’s mansion. This ends up in a murder mystery as people are killed one-by-one. The episode actually has a major effect on later episodes. It also serves as a medium to cut off less important characters. “And Then There Were Fewer” is the first episode of season 9 and was released on September 26, 2010.

Aside from this being a season 6 episode, it is also the hundredth episode of the Family Guy series. It mainly features the attainment of an eight-year or better still, a 100-episode long subplot. Its storyline is all about what will happen once Stewie kills his mom and take over the world. “Stewie Kills Lois” is the fourth episode of season 6 and was released on November 4, 2007.

“Road to Germany” is another extraordinary time-travel episode.it is a brilliantly written episode that combines parodies of Back to the Future, Flash Gordon, and Duck Soup to pave way for other amazing Family Guy stories. “Road to Germany” is the third episode of season 7 and was released on October 19, 2008.

Peter is the dumbest character in this episode with him growing a mustache and having a stroke on the left side of his body due to overeating. He eventually exposes McBurgertown. “McStroke” is the eight-episode of season 6 and was released on January 13, 2008. You can find these family guy episodes on Hulu.

Here, Brian and Stewie get lost coming from Stewie’s grandparents’ house after losing their plane tickets. This episode is both very funny and super touching. Brian visited his place of birth, also stealing his late mother’s taxidermized body. “Road to Rhode Island” is the thirteenth episode of season 2 and was released on May 30, 2000.

This is another interesting time travel episode. here, Brian and Peter travel back in time, Peter drops Lois at the prom and as we know thins change. In the future, Lois eventually married Quagmire and Al Gore becomes president. “Meet the Quagmires” is the eighteenth episode of season 5and was released on May 20, 2007.

“And Then There Were Fewer” has been said to be Seth MacFarlane’s favorite but viewers have always preferred “Road the Multiverse”. Nevertheless, this top 20 stunning list of Family Guy covers the best plots, cutaway gags, and absurd humor of the series.