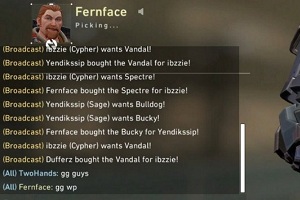 One of the most interesting games of 2021 is Valorant. This is a multi-player game that gives gamers the opportunity to chat in-game.  In the course of this article, we would be taking you through a guide on How to switch to team chat in Valorant game.

Talking to your fellow gamer in an online multiplayer game can be so much fun. In in-game chats, you can chat with the enemy, as well as friends. Valorant is a cool multiplayer shooter game that allows gamers to chat with all. Without further mouthing, let us delve into our guide.

Here is How to switch to team chat in Valorant 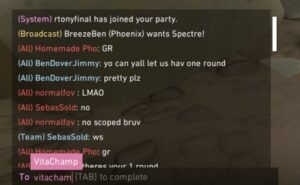 How to Use Team Chat in Valorant

Doing this in valorant is very simple. And it is quite similar to the game; IP league of legends. All you need to do to chat to all is to press the Shift + enter key on your PC keyboard. After pressing this key combo, you would be taken to the all-chat box where you can then chat to all in the valorant game.

The second alternative is to press down the “Enter Key on the keyboard”. This would then bring out a dialog box that can only be seen by your gaming team. Next, you would need to used your keyboard to type the command ‘/all’ followed by the text you want to send to the team. This is a simple hack for changing a private chat from valorant to global.

What is the Difference Between the Two Chats in the Game?

The producers of the valorant game made it easier for gamers to tell the difference between the two chat types. You can spot the difference by just looking at the brackets that appear before the messages that the gamer sees.

If a gamer sends a text that is intended for his teammates, the chatbox in valorant would have the word (Team). This word would be written right inside the main message.

As for the global chats in valorant, the chatbox that contains the message would carry a prefix (All) before the actual message to team gamers.

Another type of message that you would see in the game is the Broadcast message. This message is sent to valorant gamers with the suffix (“Broadcast”). It is an auto-generated text that helps game players with useful information such as ‘player gun requests’.

The game mode of the valorant video game can be compared to that of the Counter-strike Defuse game mode. Here, there are two teams, one that is attacking, and the other that is defending.

The team that is attacking in valorant has the bomb, also known as a spike. The attacking team in the game would need to plant it in different sites.

As for the defending team in the valorant game, their job is to stop the attacking team by waiting out the clock in each round. In the game, each player has one life per game round. This implies that if your team members are eliminated in the game, it would count as a point bonus for the opponents.

How To Get a Halo in Royale High

What is the Setting of Valorant?

The valorant game is set to take place in the near future version of our planet. There is a cataclysmic event that takes place in the future and ends up reshaping the governments of the world. Asides from the political effect of the event, certain agents game supernatural abilities, this is how the in-game valorant came to be. 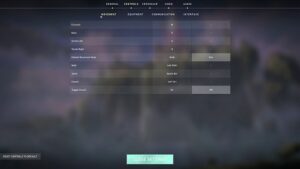 How to Fix Valorant chat not working

Before you jumpstart into fixing things in the valorant game, there are a few things, that you need to be aware of. Most of the time, gamers fail to give the game permission to use the Mic of the PC. This would make teammates not to be able to hear themselves in the game.

To fix this, you need to go to the settings of the PC and click on privacy. Thereon, you would see the Microphone and then, toggle it on.

For gamers that turned on the microphone but still can’t use the voice chat feature of the game, the steps below are for you: