Below are some of the biggest supernatural powers movies you can ever think of watching; 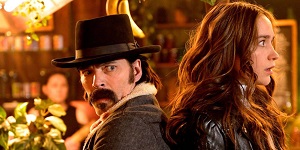 Top on our list is the highly-rated ‘Wynonna Earp’, a supernatural Western horror TV series written by the renowned Emily Andras. The series is a Canadian-American production based on a comic book earlier written by Beau Smith. The story in the series is about Earp’s return to her hometown of purgatory, close to the Canadian Rockies. She now began battling revenants which were then killed by Elder Wyatt. Wynonna Earp has 4 seasons and 40 episodes as of date.
Staring in the movie is, Tim Rozon, Katherine Barrell, Melanie Scrofano, Shamier Anderson, and Dominique Provost-Chalkley. 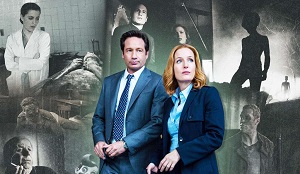 Un-arguably one of the biggest TV series of all time. The X-file is an American science fiction made available by Chris Carter. Initially aired on television back in 1993 to 2002 as its original version, the series had a whooping nine episodes along with 202 episodes premiered in 2016 January.
The entire story and series revolved around the Federal Bereau of Investigation special agent. With Fox Mulder and Dana the two main investigators, both agents became pawns in a large conflict but come to trust each other and a few selected people. They also discovered an agenda plotted by Government to keep the existence of extraterrestrial life a secret.
Staring include Mitch Pileggi, Annabeth Gish, David Duchovny, Robert Patrick, and Gillian Anderson.

Here is another American science fiction series that got many lying next to their TV set. The series ran from 2009 to 2014 on the Syfy network. This remarkable American drama is believed to have borrowed some lines from American Canadian horror story ‘Friday’. The series brings a history of a dozen incarnations of the warehouse before the present day 13th in South Dakota. Warehouse 13 had five seasons in total along with 64 Episode.
Staring in this Epic series is Simon Reynolds, Aaron Ashmore, Eddie McClintock, Joanne Kelly, Saul Rubinek, and Genelle Williams.

Here another dark fantasy television series created by superstar Eric Kripke. This series was first aired in 2005 on WB and after a while became part of successor to the CW’s lineup. The series had two brothers Jared Padallecki and Sam Winchester hunting ghost, Demons and Monster plus other supernatural beings.
Supernatural is produced by Warner Bros Television in collaboration with wonderland sound and vision. Staring in this Epic series are Alexander Calvert, Mark Pellegrino, Jared Padalecki, Lauren Cohan, Jason Ackles, Mark A. Shppard, Misha Collins, and Katie Cassidy. 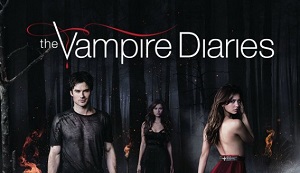 The most popular in the world? Maybe or not, but for sure The Vampire Diaries has a place in the history books. The Vampire Diaries is an American supernatural TV series made by Julie Plec and Kevin Williamson. The Vampire series story is derived from the popular book series premiered on the CW named The Vampire Series. Firsts aired in 2009, and concluded in 2017, The series had eight seasons and a whooping 171 Episodes. Certainly one of the biggest movies with supernatural powers.
Staring in the series include Joseph Morgan, Michael Malarkey, Nina Dobrev, Paul Wesley, Ian Somerhalder, Kat Graham, Sara Canning, Steven R. McQueen, Candice King, Zach Roerig, Kayla Ewell, Matts Davis, and Michael Trevino. 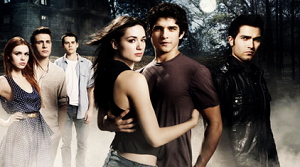 Next up on our list is an American Supernatural teen drama called ‘Teen Wolf’. Portraying the character of a young wolf who defends his California town from supernatural creatures and other threats is Tyler Posey. The Epic TV series was premiered back in 2011 and aired for six good seasons and concluded in 2017. Teen Wolf had lots of positive reviews globally and equally, won three Saturn awards for the best youth-oriented TV series.
Staring in Teen Wolf include Shelley Hennig, Linden Ashby, Melissa Ponzio, JR Bourne, Tyler Posey, Crystal Reed, Holland Roden, Colton Haynes, Dylan O’Brien, Dylan Sprayberry, and Tyler Heochlin. 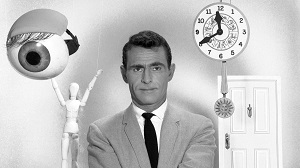 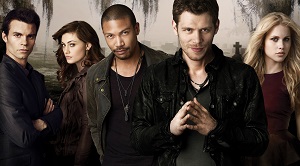 Placed on the thirteenth spot on our list of best supernatural tv series of all time is Charmed. Charmed is an American supernatural fantasy drama tv series that was officially created by Constance M. Burge. The series was equally produced by Aaron Spelling and his production company, the Spelling TV along with Brad Kern. Charmed narrates a story of trio sisters known as The Charmed Ones, the most powerful good witches of all time, who use their combined “Power of Three” to protect innocent lives from evil beings such as demons and warlocks. Charmed was premiered in 1998 on WB which ran for eight seasons on the TV network until 2006.
Staring in this tv drama includes Dorian Gregory, Karis Paige Bryant, Holly Marie Combs, T.W. King, Rose McGowan, Brian Krause, Kaley Cuoco, Julian McMahon, Shannen Doherty, Greg Vaughan, Drew Fuller, and Alyssa Milano. 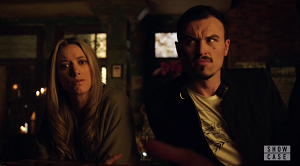 Lost Girl was premiered back in September 2010 and ran up to 2014 with five massive seasons to show for. The Canadian supernatural Drama tells a story of a bisexual succubus named Bo which was played by Anna Silk. In the series, Anna Silk learned to control her superhuman abilities, discover the truth about her own origins, and also help those in need. Lost Girl had a total of 5 seasons with a whopping 77 episodes.
Staring in Lost Girl are K. C. Collins, Kris Holden-Ried, Rick Howland, Emmanuelle Vaugier, Zoie Palmer, Rachel Skarsten, Anna Silk, Cle Bennett, and Ksenia Solo.

Being Human is undoubtedly one of the best British supernatural tv shows ever. Being Human was created by Toby Whithouse and broadcast on BBC three. The story on the TV show is a blend of elements of horror drama and flatshare comedy. The first episode starred Andrea Riseborough as the ghost, John Mitchell and Guy Flanagan and vampire, and George sands as a werewolf.
Staring in the Being Human TV series are Lenora Crichlow, Aidan Turner, Michael Socha, Steven Robertson, Damien Molony, Sinead Keenan, Russell Tovey, Kate Bracken while also having Koei Karpe as its executive producer.

Here is another top supernatural tv series that was created by David Greenwalt in collaboration with Joss Whedon for Buffy’s creator. Angel was premiered in 1999 which ran to May 2004. The Epic series consists of five massive seasons and a jaw-dropping 110 episodes. The show opens the ongoing trials of Angel, a vampire whose human soul was restored to him by a Romani curse as a punishment for the murder of one of their own.
Staring in Angel series are; J. August Richards, Charisma Carpenter, Alexis Denisof, James Marsters, Vincent Kartheiser, David Boreanaz, Andy Hallett, Mercedes McNab, Glenn Quinn, and Amy Acker which also having Joss Whedon as its executive producer. 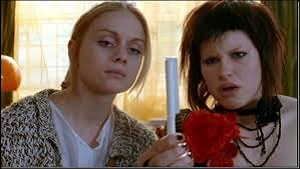 This is another British television series developed by Shine TV. This epic program was first aired Sky One premium TV in 2004. Hex series tells a story of a remote English boarding school with a mysterious past. The pioneer episode explores the supernatural relationship of a Fallen Angel named Azazeal and a student called Cassie who is also a witch. Series one features 6 episodes and 13 episodes in season two, meanwhile, the series was canceled in 2006 after the end of the second series.
Staring in Hex series include Michael Fassbender, Christina Cole, Jemima Rooper, and Laura Pyper.

This is another American fantasy police procedural drama series with some occult detective fiiction. Grim was created by Stephen Carpenter, Jim Kouf and David Greenwalt for Universal television productions and aired by NBC. The series was premiered in 2011 and ran until 2017 with six seasons and over 123 episodes to show for. The storyline of this series follows Portland Homicide detective Nick Burkhardt (played by David Giuntoli), who discovers he is a Grimm, the latest in a line of guardians who are sworn to keep the balance between humanity and mythological creatures, known as Wesen,
Staring in Grimm include Silas Weir Mitchell, Russell Hornsby, Jacqueline Toboni, Bree Turner, Sasha Roiz, David Giuntoli, Claire Coffee, Bitsie Tulloch, and Reggie Lee.