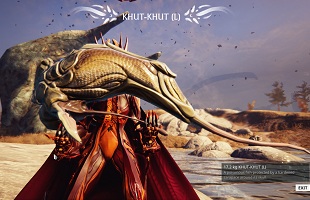 One of the most important resources in the warframe game is fish oil. A gamer can either get it by catching it on the Plains of Eidolon and extracting it from the already caught fish. The more fish a gamer can catch in warframe, the more oil can be extracted.

Getting fish oil has a lot of added advantages in warframe, some of such intentions include; ranking high with the Ostrons, and getting Cetus specific blueprints.

Fishing in warframe is not a big deal, as it is a very straightforward procedure that any gamer can pick up after binging on this guide. It is important to note that the amount of fish caught depends on the Smeeta Kavats charm ability of the warframe.

About Fishing in Warframe 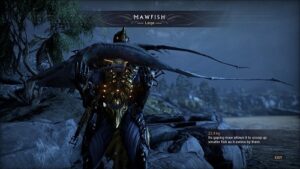 In the warframe game, you catch fish or just trade for it. Of recent, in the warframe game, there has been an increase in the number of fish pawns than used to be. This implies that it is practically possible to get hundreds of fish oil in a space of half an hour.

As I stated earlier, if you are looking for fish oil and have no intentions to trade for it, you will need a lot of fish.  Catching fish for its oil is similar to farming for Pustrels.

A warframe gamer can fish in bodies of water found in the Plains of Eidolon. After gathering a particular amount of different fish, you would need to trek over to Cetus and talk to Hai-Luk. This is where you would give the fish you caught to Hai-Luk, pick the “cut-fish” and turn them into fish oil that you seek. Different types of fish on warframe can yield different amounts of fish oil.

In the warframe game, the Murkray is the fish that yields more fish oil. It can be found at the night or in the day in the ocean. To catch this particular fish type you would need to use a Lanzo spear. It is important to note that you can get 7 fish oil from a small Murkray.  For a medium Murkray, you get just 8 fish oil and 9 for a large Murkray. 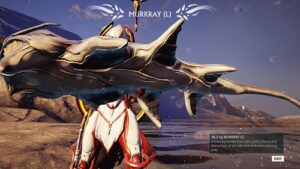 Just like in real life, you would need bait to catch Murkray. You can get bait for fishing from the fisher Hai-Luk at Cetus for ostron. But before you can do this, you need to reach the rank for the visitor with the Syndicate in warframe.

There are other types of fish that can be caught without bait like the Murkray. Speaking of which; we have the Mortus Lungfish which is found in ponds.

The Mortus Lungfish can be easily caught with Lanzo and Peram spears in ponds during the day or at night. For a small Mortus Lungfish, you would get just four fish oil, six for the medium-sized Mortus, and eight when you take the fish to Hai-Luk (the Fisher).

In the warframe game, you don’t just wake up and start fishing. Some steps have to be taken first before fishing in the warframe. First off, let me iterate that fishing can only be done in the open landscapes in warframe. One of such landscapes is the plains of Eidolon on Earth.

After following the below-listed steps to get to this landscape, take your fish to the Fisher for fish oil extraction (Hai-Luk).

Steps for getting to the Plains of Eidolon are as follows;

#1. First, you need to complete the questline Vor’s prize. When you are done, you would have a functional ship that you can use to head to earth where the plain of Eidolon is located.

#3. Enter the Cetus hub and leave through the gates there. This would lead you to the Plains of Eidolon where you would find lakes to fish in the day or night.

How to Extract Fish Oil from the Caught Fish

After spending some days fishing in the Plains of Eidolon, you should have some tangible amount of fish that would be used to harvest fish oil.

Most gamers prefer not to trade for fish oil, rather they return to the merchant that would cut the bait for them. 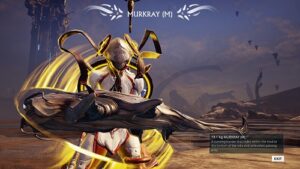 In the GUI menu, warframe games are meant to select the fish that they caught, the tools for fishing, the cut bait option, etc.